WikiLeaks has published over 40,000 secret documents regarding Venezuela, which show the clear hand of US imperialism in efforts to topple popular and democratically elected leader Hugo Chavez.

The documents, which date from July 2004 to December 2011 and which were published through WikiLeaks twitter account @wikileaks and which are now available on WikilLeaks Global Intelligence Files online, are based on emails taken from the private US-based intelligence company, Stratfor.

This company claims to provide analysis for multinational corporations looking to invest in Venezuela, and uses a number of local sources to develop their reports. However, their emails prove that their motives and objectives are far from independent, and they are working as an intelligence and strategy agency for those looking to develop suitable political conditions for economic imperialism, exploitation, and intervention in the country.

WikiLeaks describes Stratfor as “a company that fronts as an intelligence publisher, but provides confidential intelligence services to large corporations, such as Bhopal’s Dow Chemical Co., Lockheed Martin, Northrop Grumman, Raytheon and government agencies, including the US Department of Homeland Security, the US Marines and the US Defense Intelligence Agency”.

The leaked emails cover a range of issues, but concentrate on the energy sector, especially petrochemicals and oil; political change and the state of the counter-revolutionary forces; and the state of the military and armed forces. They also touch on Venezuela’s relations with Cuba, China, Russia, and Iran, as well as providing bleak projections of the economy and future of the financial sector.

The firm’s emails are listed with the addresses of the sender and receiver, as well as mentioning, amongst other things, the reliability of the source from which they take the information. One email, which exposes the political requisites for reliability, according to Stratfor, uses a source described as a “Venezuelan economist in Caracas” who is described as having “source reliability: B (solidly anti-Chavez)”.

The emails mention meetings with, and biographies of, various prominent Venezuelan opposition leaders, such as Antonio Ledezma (Mayor of Caracas), Henrique Capriles, Leopoldo Lopez, as well as right wing media tycoon Rafael Poleo: “I spoke to Rafael Poleo [a very prominent Venezuelan political analyst] a couple of days ago” reports one source. Such naming’s complete the link between anti-Chavez activities in Venezuela and imperialist ambitions in the country.

The emails to and from the Stratfor staff mention various political events during the period, but focus on the student protests of 2009-2010 when student based opposition sectors manipulated for political ends the power cuts bought about by the worst drought in 100 years which left the hydro-based energy system completely dried up. They also address the RCTV protests following the rejection of the application to renew the license of the right wing TV channel after they backed the 2002 coup d’état and publically called for the assignation of elected President Chavez.

The emails make frequent reference to a Serbia-based right wing policy group called CANVAS (Center for Applied Non Violent Action and Strategies). This group was integral in the NATO based actions that that overthrew the government in Yugoslavia, and makes frequent comparisons between Venezuela and Yugoslavia.

CANVAS, providing the analysis for the economic and political forces of imperialism, state in an email to Stratfor that “the RCTV protests were a taster. More is to come, but Venezuela does not offer as good of networks as those countries behind the (iron) curtain”. They also make clear their objective and political tendencies based on past work by CANVAS: “Chavez is nothing compared to going against the old Soviet regimes”.

There are numerous Word documents sent amongst the emails, many of which are classed as “not for publication” and which detail the steps recommended to enact a “revolution” which would see Hugo Chavez thrown out of power. One is indeed referred to as “a how-to guide for revolution”. They go on to class Venezuelan people as “retarded” and who “talk out of their ass”. The country is, according to CANVAS, “absolutely a joke”.

CANVAS explains clearly their recommended strategy for toppling governments: “when somebody asks us for help, as in Vene case, we usually ask them the question ‘and how would you do it’. That means that the first thing is to create a situational analysis (the word doc I sent you) and after that comes „Mission Statement“ (still left to be done) and then „Operational Concept“, which is the plan for campaign” explain CANVAS to Stratfor. “For this case we have three campaigns: unification of opposition, campaign for September elections and parallel with that a „get out and vote“ campaign”.

“In NORMAL circumstances” they go on to explain, “activists come to us and work in a workshop on exactly this sort of a format. We only guide them. This is why plans end up being so efficient later on, because the activist themselves created them and are absolutely theirs, i.e. authentic”.

Referring to such destabilizing plans, such as the RCTV protests, CANVAS go on to state that “we only give them the tools to use”.

Making reference to the opposition alliance of parties, they further state that “in Venezuela’s case, because of the complete disaster that the place is, because of suspicion between opposition groups and disorganization, we have to do the initial analysis. Whether they go on to next steps really depends on them, in other words depends on whether they will become aware that because of a lack of UNITY they can lose the race before it has started”.

„This year we are definitely ramping up activity in Venezuela” they write. Referring to the 2010 Parliamentary elections, the explain that “they have elections in September and we are in close connection with activists from there and people trying to help them (please keep this to yourself for now, no publication). The first phase of our preparation is under way”.

The emails also leave the reader in no doubt about whom these people are helping the Venezuelan opposition activists: “to answer your question, the US networks are definitely involved. I cannot confirm for you if that specific gentleman is involved, but the usual establishments are”.

Other documents address the security and crime issue, which Stratfor itself places amongst a list of issues which the opposition should use to maximize their electoral campaign in 2010. They claim that the “ONA (National drugs Office) is heavily involved in the kidnapping/extortion trade” and that murder rates “are much higher than expected”.

Other emails contains various attached files which provide rundowns of the exact status of the Venezuelan army, air force and navy, including numbers, equipment, and expertise.

“(We) will be sending along more info soon on the whole rundown of how Chavez has revamped the military/security apparatus over the past several years” states the sender. “It’s all scribbled on paper right now from my notes, but gotta say, I’m quite impressed with ‚ol Hugo”.

beyond the procurement of new assault and sniper rifles and now comprises of a modernized doctrine too. New concepts include asymmetric warfare and reliance on the country’s communication and supply infrastructure as well as popular support to resist a large scale US invasion”. 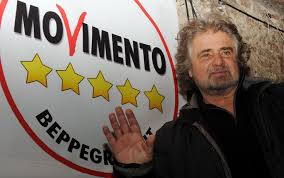